For many years of my youth, I lived in what I’d call a ‘fault-driven world’- I’d see something wrong and naturally wonder who was to blame. That’s pretty standard, right? The basics of cause and effect were in full motion in my head. Until one day, I stopped and thought ‘What is the point of blame?, Why does it matter?, How is this helping me in life?’ and instead, I started thinking about responsibility. ‘Whose responsibility is this to fix? Who should be bringing the status quo back to alignment?’ Nowadays, this is how I approach every situation. 9 times out of 10 I couldn’t care less about whose fault something is – all I care about now is whose responsibility it is to fix it.

Let’s take a look at a few common examples that underline just how easy this mindset is to apply. If you can start putting it into practice now, with the little things, you’ll quickly see a natural mindset begin to develop, and then you’ll start prioritizing resolutions over problems. We’re going to start small and then work our way up to showcase just how easy it is to develop the mental memory of this approach in everyday life.

Someone drops trash in your yard. You don’t know who the culprit is. It is in no way your fault, but the reality is, you’re responsible for your house and that land.

Own it. Deal with the rubbish and remove it from your property.

Your child winds you up. They aren’t listening after you’ve repeatedly asked them to do something. 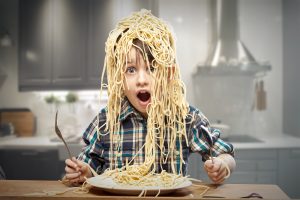 You react and shout at them intensely (more than you know they deserve). “It was their fault, they just know what buttons to push to get my attention”. Do not say or think this. You’re teaching them it’s okay to blame others for their actions. Own it. Say sorry for how you reacted and be responsible for it. Explain why what they were doing wasn’t good. Make it clear that they had a choice and weren’t being responsible for what happened.

However you do it, be responsible in your actions and teach them to do the same. Ensure they understand that they’re empowered to own their own outcome, when not being dependent or blaming others.

Your child has punched someone at school. They say someone else started the fight by pushing them, so it wasn’t their fault. They just stood up for themselves.

You can blame the other kid and say it was all their fault, but what does that do? I know I want my child to own his actions regardless of the other side of the story. They can show strength, courage, pride and integrity without retaliating.

You have an argument with your partner. Let’s say you said you’d be home at X time and you got in 4 hours later than planned, and of course, they were worried.

You try to justify your lateness, “This happened, then this happened, oh and this then happened. I couldn’t help it – it wasn’t my fault”. Do you think that justification goes down well? Is it really all true or could you have communicated more, or made different decisions to have a better outcome? Be responsible for your decisions and your actions. Own them. Even if you made bad choices, owning them is far stronger than excuses and blame.

You promised something to a client. As the deadline approaches you realize that your team would not be able to deliver in time. 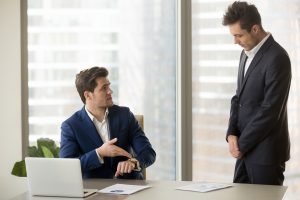 With this, you build integrity and respect. You learn constructively from the event on how to protect against it in the future. If you had pointed out the fault in others, you may have harmed relationships and got into a blame game where everyone is defensive and no one learns. Instead, you highlight the other team’s responsibility to you and the clients – they agree on their responsibilities and acknowledge they didn’t uphold them this time, everyone learns. Next time, they own what they’re responsible for. After all, we like owning what we know we should be doing!

Example 6 – Out of depth

Someone asks you to lead a huge technical deployment of a major contract. You know it is their job, but they’re senior to you in the company, so you’re eager to please. You see this could be an opportunity to gain greater visibility, however it sits way outside of your skillset and experience. You jump in and go for it [AWESOME ON YOU, great attitude], however the project isn’t successful and the deployment is riddled with complications resulting in the loss of the contract.

Do you blame yourself? It is your fault after all!

NO… you do not. Haven’t you trained anything around responsibility?

Take responsibility for your role – but not the fault or blame.

Be mature about it, have an adult conversation. Learn from it, understand where you needed support, development, training. Use it constructively to grow. Owning it instead of making excuses and blaming other factors will accelerate your growth and build your integrity.

And a note for all managers and leaders – reward the attitude of those that jump in way out of their comfort zone – support, coach and guide them. Do not blame them, do not throw them under a bus, it isn’t their fault and it is 100% your responsibility. Especially if they’ve been trying to do things that you are responsible for. I’d like to think all great managers do this – give opportunities, let people get as deep as they can, then pull them out with support if they’re about to sink. Balance opportunity and growth, with responsibilities and capabilities.

Avoiding the pitfall of blame

Many use blame as a means of deflecting ownership around a problem. It’s a way of stepping back and avoiding the stress of finding a solution. In most cases, blame helps nobody, in fact, it often damages the majority of parties involved and makes resolving the problem that much more difficult. Next time you’re in a situation where you’re tempted to throw the blame at somebody, take a step back and think about how the problem could be solved. Ironically, the solution might even be easier than the consequences of playing the blame game altogether. 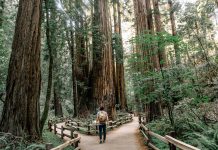 Is Strategy As Simple As Saying ‘No’?

Time Management – How to Manage Your Time to Maximize Productivity

Why marketing is an investment, not a cost.

Is Strategy As Simple As Saying ‘No’?

Time Management – How to Manage Your Time to Maximize Productivity