Self-driving cars! The dream, right? Less effort, less stress, more time and greater productivity, all rolled into a single technological revolution. No more unproductive commutes, fewer incidents on the roads and hopefully, fewer idiots too. What’s not to like?

Well, it may all sound good on paper, but when you really think about it, the self-driving car brings with it a wide array of challenges, many of which are blissfully ignored in the wider discussion.

For instance, with a total change in value proposition, how will car manufacturers manage the transition from ownership? As people inevitably start to see cars as a service to be used, rather than a possession to be owned, how will they traverse this path? We only need look at the music industry to see the strain such a fundamental shift typically puts on traditional stakeholders.

Compared to the digital transition brought on by the likes of Spotify, this evolution in the automobile industry is infinitely more complex. How will manufacturers deliver the longevity required for 24/7 use? As car companies look to maximize profits, the vehicles themselves will likely be pushed to their limits. How will they adapt their vehicles so they can deliver a high-quality service relentlessly over a long period of time? Would today’s car models be able to handle the constant use? It’s unlikely, as they were never designed for this purpose.

With self-driving cars, customers will be putting their trust in manufacturers to get them from A to B, how can they deliver the reliability necessary to maintain this connection? Moving from a focus on product to a focus on service requires a complete change in mindset, and you just wonder, which companies will struggle when the technology arrives?

Why should I protect myself if I’m not driving?

Moving away from the vehicle itself, how will the self-driving car impact insurance? If you’re not behind the wheel, and you have no input on the drive, why would you be prepared to take responsibility for mistakes? Why should you take the blame when you’ve done nothing wrong? It’s likely a new industrial insurance will be required, and this will need to be taken out by manufacturers and covered by users in the price of hire. Perhaps something that measures how often the car is used and the distance it travels would work to determine risk, and ultimately, the price the manufacturer pays. Whatever the case, the days of the consumer car insurance firm are surely numbered.

Damn those robots, stealing our jobs

Beyond the impacts on the sector and the user experience, there’s also the human cost to consider. In many instances, the fear around new technology ‘stealing’ jobs is unfounded. Most of these scenarios merely require a simple reshuffle in skillsets to adapt the workforce accordingly – new jobs replace the old jobs. However, when it comes to self-driving cars, the extreme human impact is pretty easy to see. Taxi drivers, lorry drivers, Uber drivers, anyone who travels from Point A to Point B for a living will quickly become irrelevant. Why would you need a taxi if there’s a self-driving car available nearby to pick you up? Why would business owners choose less reliable and more expensive human drivers to transport their goods? The answer is, they don’t and they won’t. The self-driving vehicle will put people out of jobs sooner or later, it’s inevitable.

Car Parks, Driveways and Automobiles (Doesn’t quite work, does it?)

When you think about the world we live in right now, so much is built to accommodate car ownership. Car parks for example, consider just how much premium real-estate they cover. You can guarantee that commercial space won’t last long once the self-driving car goes mainstream. Why would you need to provide vehicle users with masses of empty space when they can just send the car home or back to the depot? The convenience of having a disposable ride means the era of overpaying to park will be coming to a very welcome and abrupt end. But the infrastructural impacts don’t stop there either, take driveways for example, why are houses still being built with driveways? It seems like a very short-term requirement, and when you think these infrastructures are designed to last for 75+ years, it makes you wonder, is it worth it? After all, once car ownership dwindles, those spaces become rather pointless, don’t you think?

Sooner or later, the self-driving car will arrive, and while there are still many challenges to overcome (reliability, infrastructure, legislation etc), it’s important we prepare ourselves for the very real impacts it’ll have on society. Perhaps in this interim period the world should decide how they want to approach the opportunities/threats and lay out a pre-emptive game plan to limit the victims of change. Overall, self-driving cars should be of major benefit to wider society, but let’s not forget, there will be costs along the way. 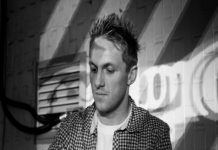 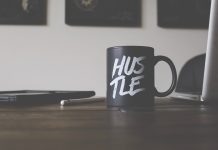 6 Lessons Learnt From 10+ Side Hustles

The #1 request marketing should be making to HR

How Career Coaching Can Help You Reach Your Professional Goals

The #1 request marketing should be making to HR

How Career Coaching Can Help You Reach Your Professional Goals